Patrick was recently name one of Houston’s “Most Fascinating Persons of 2015” by the Houston Chronicle for his work developing a joint partnership between the Houston Cinema Arts Society and NASA – the creation of a short film competition called “Cinespace”.

He has over 25 years of international sales, marketing, distribution, and business development expertise with private and Fortune 500 corporations, including many years as a marketing and product manager with the international Chemical Division of the Goodyear Tire and Rubber Company in France. He received a MBA from the University of Chicago Booth School and a chemical engineering degree from Michigan State University.  He co-founded Microcinema International, a leading distributor of art and cultural films and moving image art.

Active in commercial and independent radio for 10 years prior to forming Microcinema, he created, produced, and hosted Ketchup and Marmalade, a 2-hour alternative music weekly in French, on radio OUI FM 102,3 Paris, France as well as radio shows on WHPK in Chicago and KUSF San Francisco.

Active on non-profit boards, Kwiatkowski is a founding board member the Houston Cinema Arts Society, and an emeritus executive board member of Southwest Alternate Media Project (SWAMP).  A board member of the Neartown Little League in Houston, he received the Volunteer of the Year award in 2011 and 2013 for managing fields and grounds. 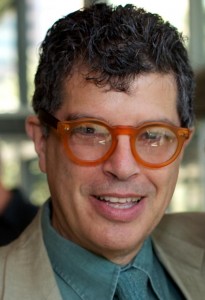 The Houston Cinema Arts Society artistic director and Festival curator is a nationally renowned film programmer who brings expertise and a strong vision to the organization. Before joining HCAS, Richard Herskowitz served as director of the Virginia Film Festival from 1994 through 2008. Among the hundreds of featured artists he recruited during his tenure were Anthony Hopkins, Vanessa Redgrave, John Sayles, Morgan Freeman, Lynn Hershman, Sydney Pollack, Pierre Huyghe, George Kuchar, William Styron, and Guillermo Arriaga.

Previously, Herskowitz directed the Cornell Cinema program, one of the country’s best-known media art centers, for twelve years. He also served as adjunct curator for film and video at the Herbert F. Johnson Museum of Art, where he organized art exhibitions by Derek Jarman, Joan Jonas, Bruce and Norman Yonemoto, among other artists. Herskowitz has been trustee and president of the legendary Robert Flaherty Film Seminar and was chair of its 50th Anniversary Committee. He received a Master of Arts in film studies from the University of Wisconsin in 1978 and has taught, written and lectured extensively on contemporary independent film.

Prior to joining HCAS, she worked at a high profile artist management company where she was the Senior Product Manager for recording artists Destiny’s Child, Kelly Rowland, Solange Knowles, and more.

Anissa has also managed creative and marketing initiatives for a boutique marketing agency handling accounts for clients such as a prestigious art gallery, non-profit foundation, and a major film company.

Anissa holds a Bachelor of Arts degree from University of North Texas.