Artist’s Choice Film Series is where we invite Houston visual, performing, and literary artists to select and introduce a feature film of their choice about their own art form. A moderated discussion with the artist and audience will follow each screening.

The next installment will be on June 20, 2016 and will feature the film Space, Land and Time with Guest Artist Jack Massing, of the Art Guys.

Before Burning Man, before The Yes Men, before South Park, before flash mobs there was Ant Farm. The prototypical undergound, culture jamming architectural firm and art and media collective whose antics and guerrilla theatre paved the way for future armies of free thinkers and public artists. The film was co-directed by Houston filmmaker Laura Harrison and was screened at the 2009 Houston Cinema Arts Festival.

Jack Massing is one half of the performance arts duo, The Art Guys, from Houston, TX.

The Art Guys have worked together since 1983 after meeting while students at the University of Houston. For the exploration of their ideas, they employ a wide variety of media including sculpture, drawing, performances, installations and video.

Described in the New York Times as “a cross between Dada, David Letterman, John Cage and the Smothers Brothers”,[2] The Art Guys present a blend of performance, conceptual and visual art that explores the absurdities of contemporary life. 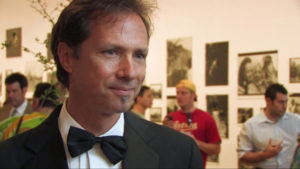